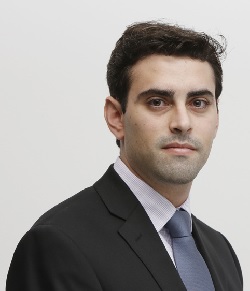 Antonios is an Economist, who spent the past years in Cambridge (UK), Frankfurt (DE) and Luxembourg (LU). He holds a bachelor and a masters in Economics (University of Athens, Greece) and a masters in finance (University of Cambridge, Judge School of Business). His studies were funded by numerous private and public institutions due to his stellar academic performance.

Antonios started his career serving as an analyst for leading banking and financial institutions, such as the European Central Bank and Deutsche Börse Group in Frankfurt & Luxembourg. He then expanded his knowledge and expertise in quantitative risk analytics for banking and asset managers and gained subsequent experience at KPMG Risk Advisory where he worked with clients such as HSBC Investment Management, JP Morgan, AXA Investments, Royal Bank of Scotland, BNP Paribas and the Luxembourg Stock Exchange. He then continued his career at PayPal Europe as a lead enterprise risk manager covering EMEA region. Antonios is characterized by dynamism and intellectual curiocity which allow him to utilize his exposure and knowledge gained in different well reputed organizations